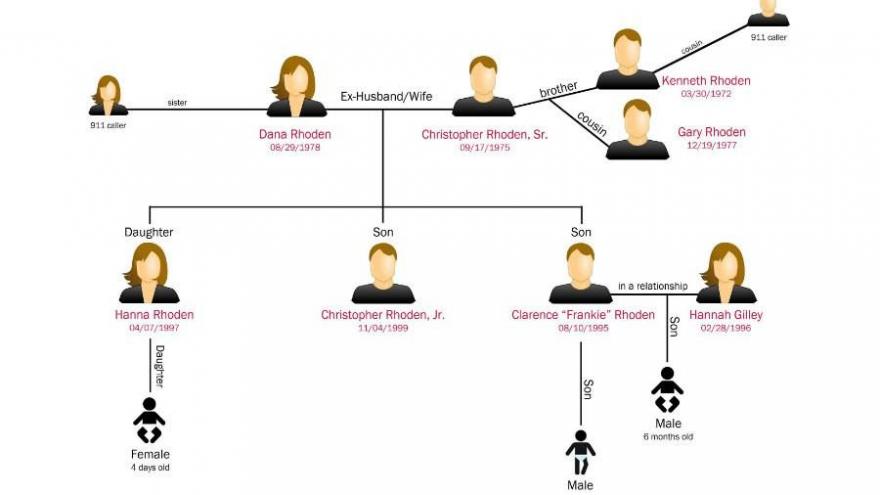 (CNN) -- More than a year after eight members of a rural Ohio family were killed, police have charged a witness with vandalism and tampering with evidence in the case.

James Manley, 40, of Pike County, is the brother of one of the victims, Dana Rhoden.

Police say he destroyed a GPS device that was being used in the investigation.

He faces two felony charges and is the first person charged in the case.

"The charges Manley faces are not uncommon when a witness destroys such a device used in a government investigation," said Ohio Attorney General Mike DeWine's office.

The eight victims, who ranged from 16 to 44, were found shot to death at four scenes around the small town of Piketon in April 2016.

Police found a 4-day-old baby next to his mother, who was one of the victims. That child, along with a 6-month-old and a 3-year-old, survived.

A few days after the killings, police said they found a commercial grade "marijuana grow operation" at two of the crime scenes.

"These were fairly remote areas. Somebody knew what they were doing," DeWine said last month.

Solving the case "remains the top priority" of his office, DeWine said.