Police: Man shot in South Bend, shooter on the run 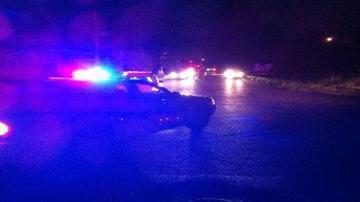 SOUTH BEND, Ind. – A man was shot and left on the side of the street near the intersection of Fox and St. Joseph Street and police are now searching South Bend for the shooter.

ABC57 News was first on the scene to the shooting happened around 2:30 Wednesday morning. According to police the victim is around 25 years old and was conscious when they found him lying outside.

According to police, the victim was shot in the stomach. As of now police have not found the shooter and they say the man who was shot hasn't been cooperating with police. The victim was taken to Memorial Hospital.

The lieutenant said the victim isn't from this area of town and isn't sure if it was a drive by or a planned attack.

Police say two people did witness a part of the shooting, but it wasn't enough to form any solid leads at this time.

Detectives will continue to investigate and conduct follow-up interviews in the near future.