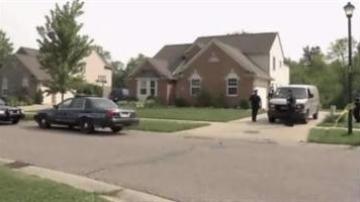 VAN BUREN CO., Ind. -- Police said a man suspected of killing his family hours before he died in a wrong way crash tried to commit suicide back in December.

33-year-old Michael Vanderlinden died on Friday when he hit another car head-on on I-94 near Michigan City.

When police went to notify his family near Detroit, they found his wife and two young kids dead.

Autopsies showed the two boys were stabbed. Police said his wife was strangled and stabbed.