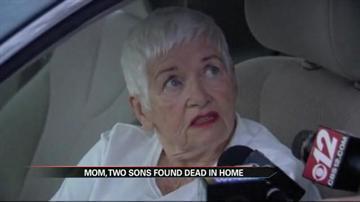 WEST PALM BEACH, Fla. — A mother and two children were found dead in their south Florida home in what police say was a double murder-suicide.

Officers got a call from a man saying his ex-wife sent emails indicating she was going to harm someone.

When police entered the home, they found the mother and two teens dead.

Neighbors say they were shocked when they heard the news.

"Well, I first about it this morning, it was very shocking, very shocking," said Jean Thomas. "She was a sweet lady, a very southern lady with a southern accent, very educated."

The woman and her husband divorced last year.

Friends say the mother had been depressed over the divorce and foreclosure of the home. They also say she had not shown any signs of danger.