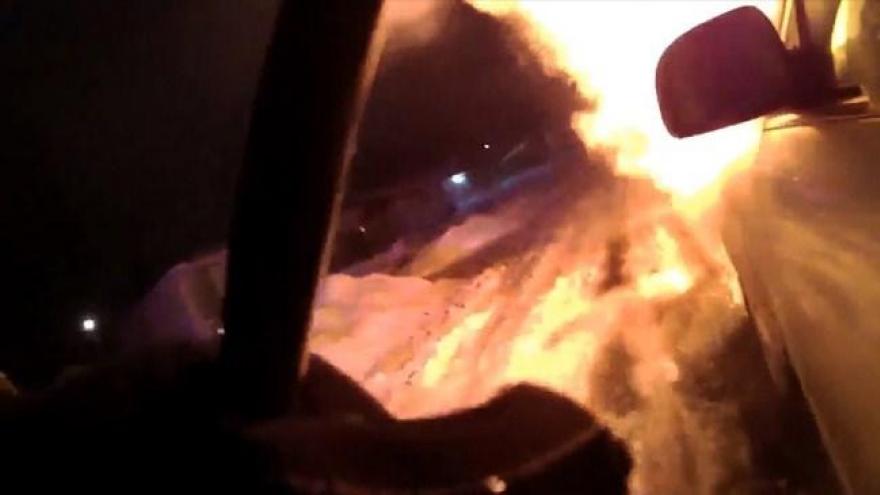 (CNN) -- Dramatic video captured on a police body camera shows the moment an officer frees a frightened woman trapped in a burning car.

The woman had called 911 to report that she was trapped in her burning vehicle in Spokane, Washington on Friday. She said she was trying to kick out the windows but couldn't.

The call also was picked up on police channels, and several officers responded.

Spokane Police Department Officer Tim Schwering was first on the scene. Schwering used his baton to smash the window -- but still could not open the door. With the help of a neighbor, he eventually was able to pull the driver out of the smoke-filled vehicle through the broken window.

In the body camera video, posted to the Spokane Police Department's Facebook page, Schwering can be seen repeatedly hitting the front window until it finally breaks.

"We gotcha," he assures the woman.