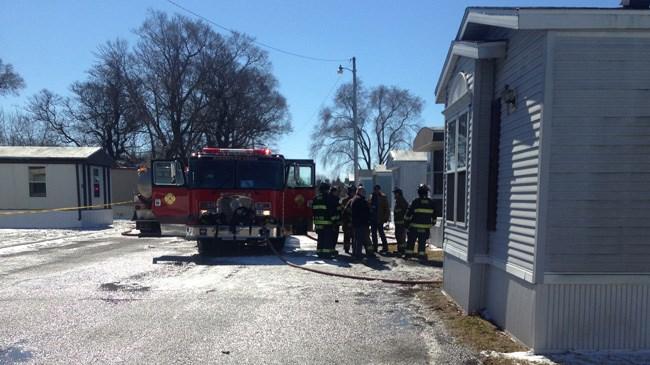 Firefighters responded to the scene of a mobile home fire in La Porte County Wednesday morning.

When they arrived, they found smoke coming from the home.

After firefighters entered the home and put out the fire, they discovered a body inside the home.

The state fire marshal's office will be investigating the cause of the fire. The La Porte County Sheriff's Office is also investigating.

The fire and the death do not appear to be suspicious, according to the sheriff's office.

According to the La Porte County Coroner, the body is that of an 88-year-old woman who had a history of medical problems.