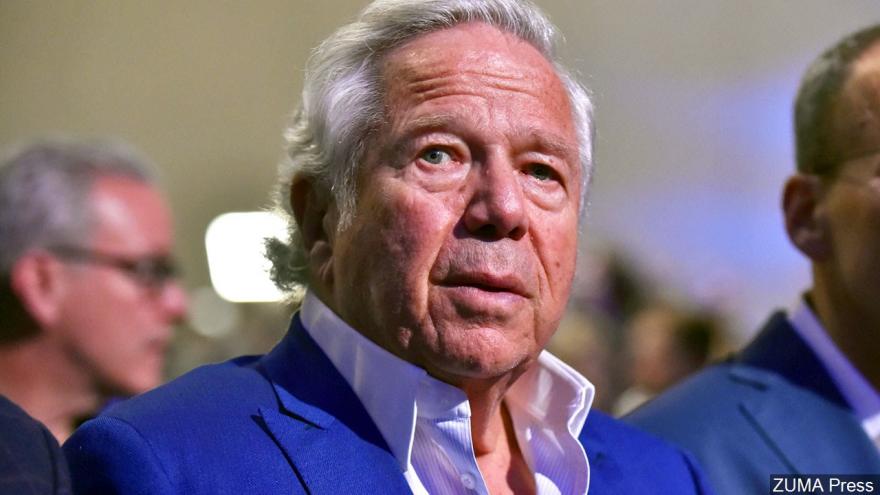 JUPITER, Fla. (AP) — New England Patriots owner Robert Kraft is being charged with misdemeanor solicitation of prostitution after police said Friday he was twice videotaped paying for and receiving sex at an illicit massage parlor.

Jupiter police told reporters Friday that the 77-year-old Kraft hasn't been arrested. A warrant will be issued and his attorneys will be notified.

The charge comes amid a widespread crackdown on sex trafficking in the area surrounding Palm Beach County. About 200 arrest warrants have been issued in recent days and more are expected. Police said they secretly planted undercover cameras in targeted massage parlors and videotaped the interactions between men and the female employees.

In a statement, a spokesperson for Kraft said they "categorically deny that Mr. Kraft engaged in any illegal activity. Because it is a judicial matter, we will not be commenting further."

The Patriots won the Super Bowl earlier this month in Atlanta.

Jupiter Police Chief Daniel Kerr said he was shocked to learn Kraft was paying for sex inside a strip mall massage parlor.

The NFL did not immediately respond to a message Friday seeking comment.