Driver airlifted to hospital after police pursuit ends in crash 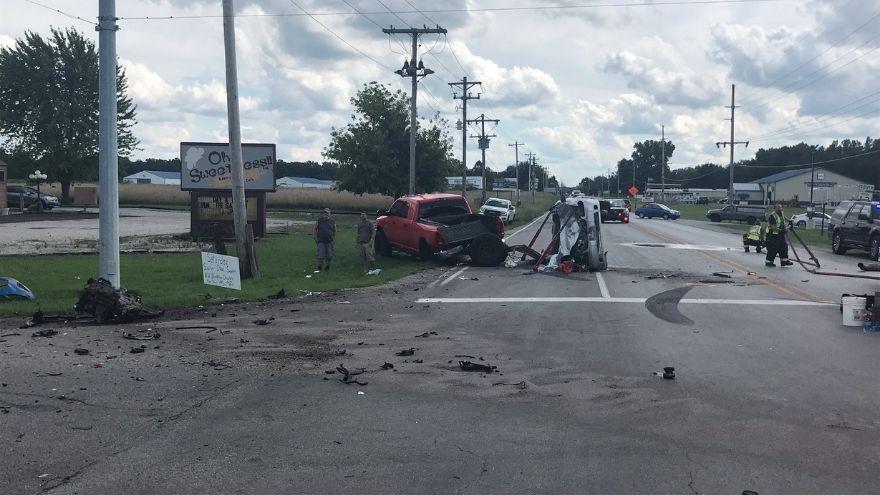 KOSCIUSKO COUNTY, Ind.—A police pursuit ended in a crash on August 22, according to the Kosciusko County Sheriff’s Office.

Just before 3 p.m., a deputy saw a blue 2011 Ford Fiesta pass two vehicles at a high rate of speed in a no passing zone in the eastbound lanes on Armstrong Road near CR 450 E, reports said.

The deputy attempted to perform a traffic stop but the Fiesta kept driving.

The Fiesta then drove through a red light at State Road 13, at speeds in excess of 100 mph, and struck a red 2013 Ram 2500, driven by a 36-year-old North Webster man, and then the Ram struck a silver 2005 Chevrolet Malibu driven by a 34-year-old Leesburg man, reports said.

The Malibu overturned and trapped the driver inside.

The Fiesta driver, identified as Walter David Hawthorne, 44, of Nappanee, was airlifted to a hospital and was conscious and alert, according to police, on Thursday night.

The Malibu driver complained of neck pain and a passenger in the Malibu sustained a facial injury, reports said.

At the scene, the driver of the Ram did not report any injuries.

The crash remains under investigation by the Kosciusko County Sheriff’s Office Fatal Team.