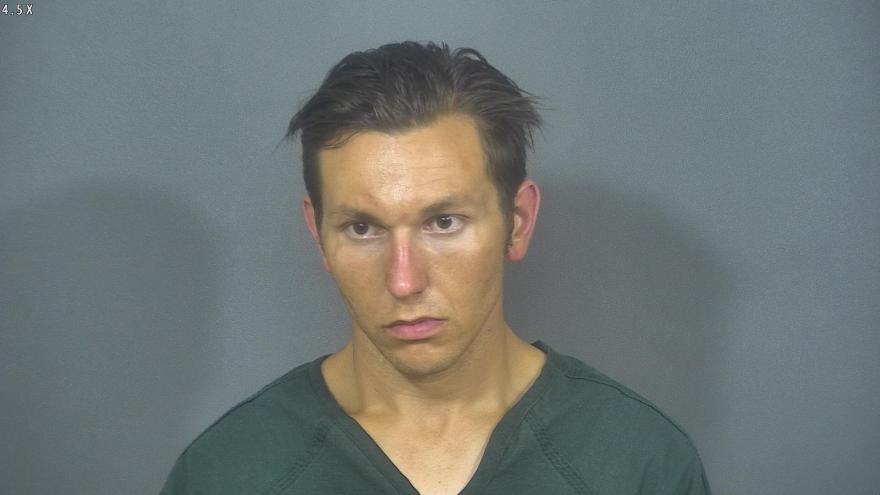 ST. JOSEPH COUNTY, Ind.—An Iowa man was arrested early Friday morning after a welfare check turned into a police pursuit that ended with the suspect crashing into metal posts at Memorial Hospital, according to the Indiana State Police.

Troopers with the Indiana State Police Toll Road Post were sent to check the welfare of two males who appeared to be sleeping in a parked car that was blocking a gas pump at a service plaza at mile marker 90 westbound on the Toll Road around 2:50 a.m. on Friday.

A Trooper found a black Volvo sitting at a gas pump with both doors open and two men who appeared to be sleeping. The Trooper woke the men to check on and identify them.

According to the Trooper, the driver, later identified as Trevor Niedert, 27, of Davenport, Iowa, was uncooperative and refused to get out of the Volvo.

When additional troopers arrived, Niedert left the area in the Volvo, westbound on the Toll Road before getting off at exit 83 for Mishawaka, making a u-turn, and continuing westbound until exiting at exit 77 for Notre Dame, police said.

Niedert tried to leave the scene on foot but was eventually found by officers with the South Bend Police Department.

Troopers located several types of pills in the Volvo and discovered that the Volvo was stolen from Texas and had a fake license plate, police said.