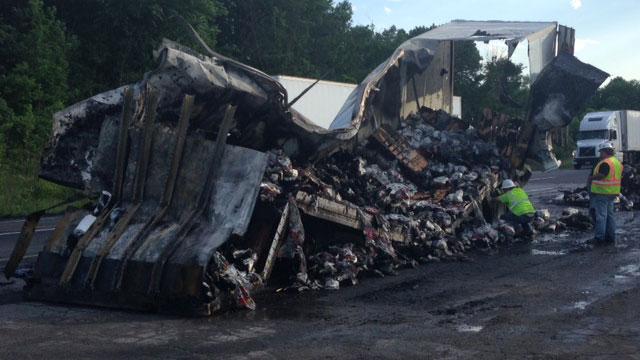 The Indiana State Police released the identity of the driver who was killed in the accident on the Indiana Toll Road Monday afternoon.

According to the Indiana State Police, Orville McDougall, 38, was driving a Kenworth semi and was stopped in the right eastbound lane at mile marker 42 because of construction traffic.

Kwame Lawson, 36, the driver of an International semi, failed to slow down for the stopped traffic and rear ended McDougall's semi.

The International semi caught fire and trapped Lawson inside.

Lawson was pronounced dead at the scene by the La Porte County Coroner.

All lanes of the toll road were shut down until 7:15 p.m., when the westbound lanes reopened.