Police release names of 3 killed in accident on US31 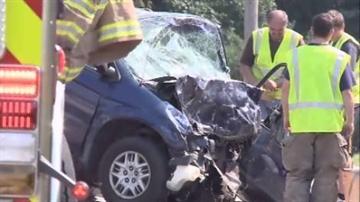 According to St. Joseph County Police, The driver of a Dodge Grand Caravan was headed northbound on US31 at a high rate of speed when he crossed the center line and struck a Toyota Rav4 headed southbound on US31.

The Rav4 then spun and struck a Chevy Silverado.

The Hillers were husband and wife and Cash was a cousin who had recently moved in with them.

The driver of the Chevy Silverado was identified as 28-year-old Kelly Carlson of Sparta Michigan. He was treated and released at the scene.

The driver of the Dodge Grand Caravan was identified as 17-year-old Carlos Rios Sanchez of South Bend. He is still in the hospital being treated for his injuries.

St. Joseph County Police say drugs and alcohol do not appear to be factors in the crash.