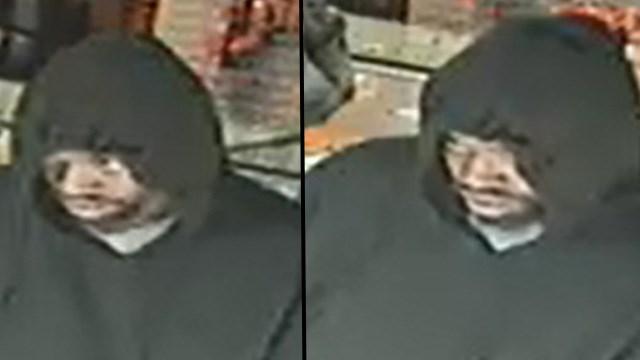 Elkhart Police have released surveillance photos of one suspect in the robbery of the Boost Mobile store on August 19.

Police were called to the store on Main Street on Friday, August 19 to investigate a robbery.

Police said the investigation revealed two suspects entered the store and demanded money. Police said one of the suspects had a handgun.
They took cash and fled the store.