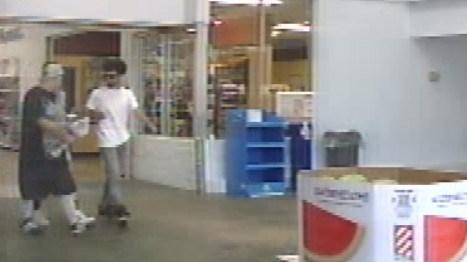 The Elkhart Police Department is seeking the public’s help in identifying three suspects related to the theft of a debit card.

According to police, a person reported several items, including a debit card, from a vehicle sometime Thursday night June 25 or early Friday morning on June 26.

On June 28, the victim’s debit card was used at Walmart to make purchases.

They were traveling in a black or dark colored PT Cruiser type vehicle with 4-doors.

The suspects are described as: