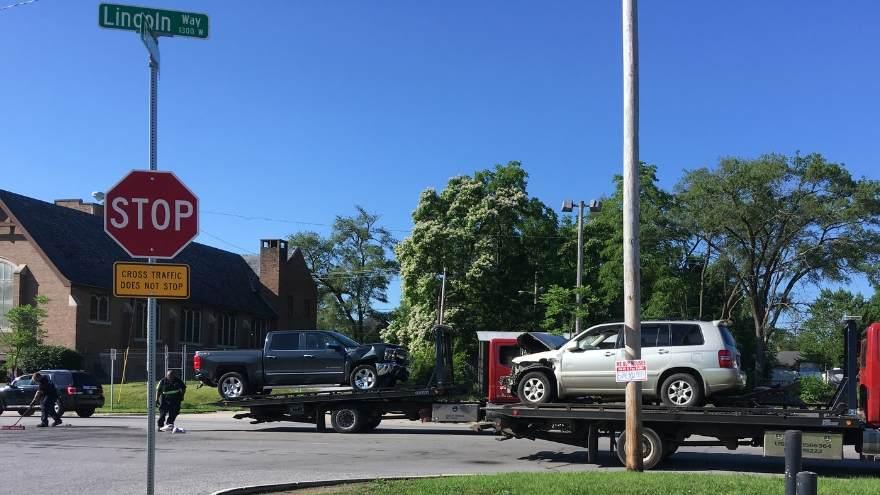 Police said a truck was heading westbound on Lincolnway when he saw an eastbound SUV swerve into his lane.

The two vehicles collided head-on. A third vehicle was hit on the bumper. A fourth vehicle hit the back of the truck and left the scene.

The vehicle that left the scene was described as a silver Chevy Impala.

The driver of the third vehicle was not injured.