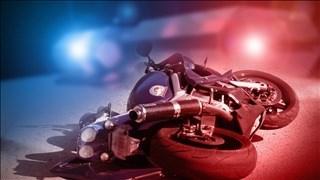 Cass County officers were called to the scene of a motorcycle accident that sent one person to the hospital Saturday.

The accident happened at around 4:25 p.m. on Dutch Settlement Street and Nubour Road in Wayne Township in Michigan.

Police say according to the investigation and witness statements, 45-year-old Roger Pedat of Benton Harbor was heading east when he approached a vehicle waiting to turn onto Nubour Road.

Pedat then braked but was unable to come to a stop.

Police say he attempted to avoid the crash and laid the motorcycle down on the pavement.

No other vehicles were involved in the crash and police say Pedat was wearing a helmet when the crash happened.

He was taken to Lakeland Hospital in St. Joe Michigan for treatment.

At this time police say alcohol is not believed to be a factor and the case remains under investigation.