Police save veteran after her wheelchair rolls into river 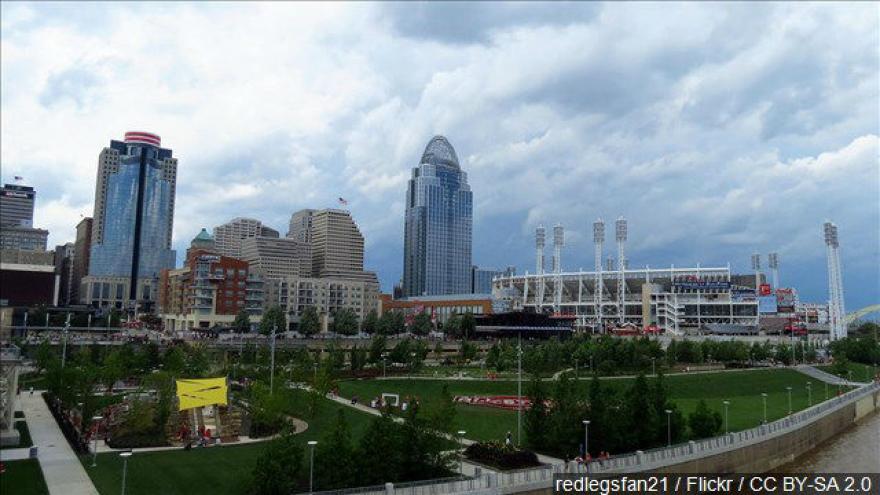 (CNN) -- The police bodycam video shows an urgent situation: A woman using a wheelchair struggles in the Ohio River, drifting farther and farther from shore as she tries to stay afloat.

It could have ended much differently had Cincinnati Police Department officers not hurried to the river and jumped in to save her life.

The rescue happened Saturday on the last day of the National Veterans Wheelchair Games, an annual wheelchair-sports event presented by the Department of Veterans Affairs and the Paralyzed Veterans of America. Nearly 600 veterans gathered in Cincinnati last week for the games.

Cincinnati Police Sgt. David Corlett, who is also a veteran, said a bystander alerted him to the woman by the river while he was working at the event on Saturday.

"I had a female in a wheelchair come up to me and tell me that her friend was suicidal," Corlett told CNN affiliate WKRC. "She had just received a phone call saying her friend was on the public landing and was going to run her wheelchair into the river and drown."

Corlett and five other officers arrived at the river to find the woman about 20-25 feet from the shore. Her wheelchair was stuck on the concrete boat ramp.

Another man had tried to talk the woman out of going into the river before authorities arrived, police said, but was unable to help her.

The veteran was floating closer and closer to a nearby riverboat, one officer said, and they were concerned she was going to go underneath. The boat can be seen nearby on the body camera footage, which Cincinnati Police posted to Facebook on Wednesday.

Officers can be heard in the video asking the woman, who was yelling for help, if she could swim. When she said she couldn't, four officers started taking off their gear to jump in after her. Corlett and another officer assisted as well.

"You have to remember, we have all our gear on, and we are lead weights with that," Sgt. Salvatore Tufano told WKRC. "So we were all taking off our shoes, our gun belts, our vests."

The officers pulled the woman out of the water and back to the shore. She was then taken to a VA hospital. The officers are being hailed as heroes.