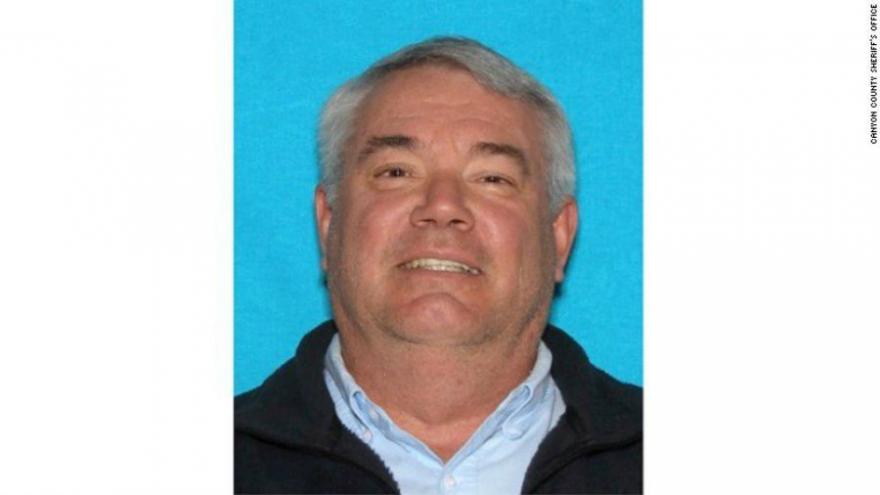 By Carma Hassan and Stephanie Elam

Authorities say they have a felony warrant for the arrest of the 60-year-old outfitter with a pilot's license who has been on the lam for nearly three weeks.

The felony, no bond, extradition warrant is for failure to report to law enforcement the deaths of three women whose bodies were found covered up in a shed on Bullinger's property in Canyon County, Idaho, on June 19.

Canyon County Sheriff's office spokesman Joe Decker says the bodies were badly decomposed and appeared to have been in the shed for one to two weeks prior to their discovery.

"We discovered the people during a welfare check. Based on the decomposition, it has taken us 10 days to identify one of the victims and we had to do that through dental records," Decker said.

That victim was identified Friday by the Canyon County Coroner's Office as Cheryl Baker, who according to CNN affiliate KSL was Bullinger's wife.

In a news conference last week, Canyon County Sheriff Chief Deputy Marv Dashiell said they were "aware [that] the three deceased females appear to be similar in age and physical stature as [the females] reported to have been living at the location."

"Their age ranges from mid-teens to mid-50s," he said. It's unclear how or if the two unidentified victims were related to Bullinger.

Decker says all three of the victims died of an apparent single gunshot wound.

Decker said the sheriff's office is working with local and federal authorities both inside and outside of Idaho to track down Bullinger.

He was last spotted on June 11 in Ogden, Utah, approximately four to five hours south of Canyon County.

Sandra Barker with the Salt Lake City division of the FBI says their office is assisting and will provide support as needed.