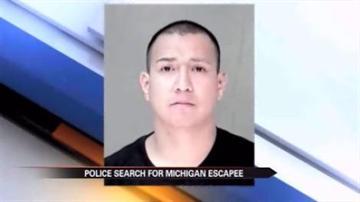 DETROIT -- Michigan police are looking for a man who they say escaped from the Wayne County Jail by impersonating another inmate!

Rocky Marquez left the jail posing as another prisoner who was getting out on bond, and authorities said that this isn't his first time doing this.

They said in May of last year, he escaped from a jail in Phoenix pretending to be another inmate.

The US marshals service of Eastern Michigan confirmed that the car they believe he was driving was found in Detroit.

Marquez is considered armed and dangerous.