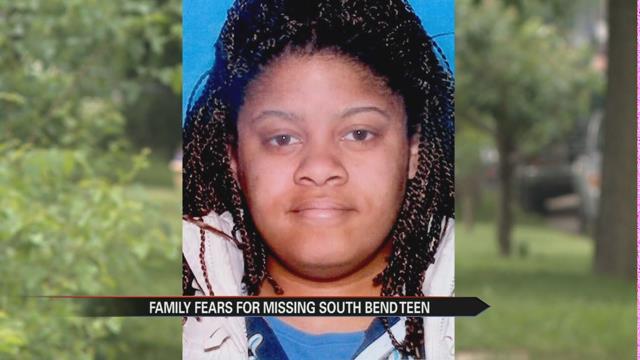 A Washington High School student is missing and South Bend Police are asking for the public to help locate her.

Allayah Brown, 18, was reported missing by her grandparents on Tuesday.

Allayah was last seen near the 1200 block of Blaine Street two weeks ago.

The teenager's grandmother Doris Brown recalled the moments leading up to her Allayah's mysterious disappearance.

“I had a praise rehearsal at Faith Baptist Church. She went with me up there. She got up two times to go to the restroom and she never came back,” she said.

Allayah is a junior in special education at Washington High School.

She suffered brain damage at a young age and her grandmother said she cannot take of herself.

Now her family is beginning to fear the worst.

“Well when the policeman come and be questioning me and wanting to take pictures of her and stuff I will be so surprised and afraid that they might tell me that they found her dead or something really bad,” Brown said.

“I just pray someone will see this and say I know that girl. And will ride up on the street and say well we found her here she goes,” the teen's grandmother said.

Allayah tends to hang around the Martin's Grocery on Portage and near Lasalle High School.

Anyone with information should call South Bend Police at 574-235-9201.
Share this article: