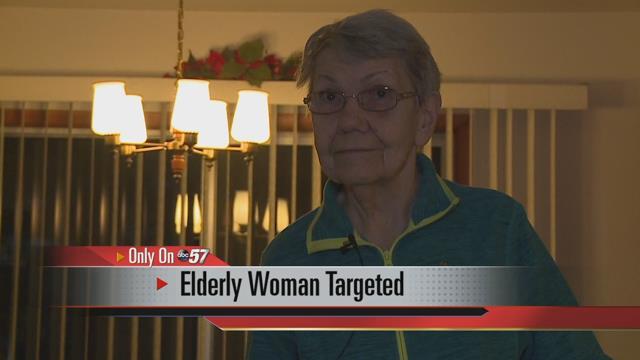 Trail Creek Police responded to a home in the 2100 block of Red Oak Drive around 3:50 p.m. on Sunday. The caller told police his elderly mother had just been robbed by two men who tricked his mother into letting them inside her home.

According to police, while one suspect distracted Laughlin, the second made his way to the bedroom and stole a jewelry box and silver coins.

“I’ve lived here 52 years and I’ve never had anything like this, never," said Laughlin.

While Laughlin says she was not physically injured, emotionally it has taken a toll on her. She says she is afraid in her home for the first time.

Laughlin says the suspects are middle-aged white men. The suspects were driving a white truck with a silver tool box in the bed of the truck.

Anyone with information on this case is asked to contact the Trail Creek Police at 219-879-8173.