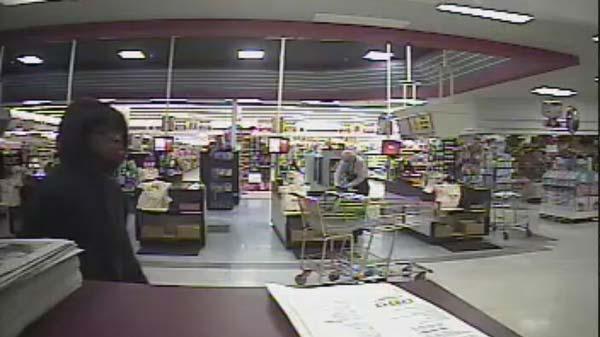 On Wednesday April 22, 2015 the Elkhart Police Department says their officers were dispatched to the Martin's Supermarket located at 1200 North Nappanee Street shortly after 6:00 a.m. in regards to a robbery.

According to police, one suspect took cash from the store and fled.

The suspect was reportedly wearing all black clothing and a black mask.

Detectives with the Elkhart Police Department say have reviewed video of the store, which showed images of subjects who were in the store at and around the time of the robbery as well as the suspect. They are now attempting to identify the subject in the photos they supplied to us, who they wish to speak with regarding the robbery.

If you have any information concerning this robbery, you are asked to contact Detective Scott Hauser of the Elkhart Police Department at 574-295-7070 or the Tip Line at 574-389-4777.