Police searching for suspect in deadly shooting in Elkhart 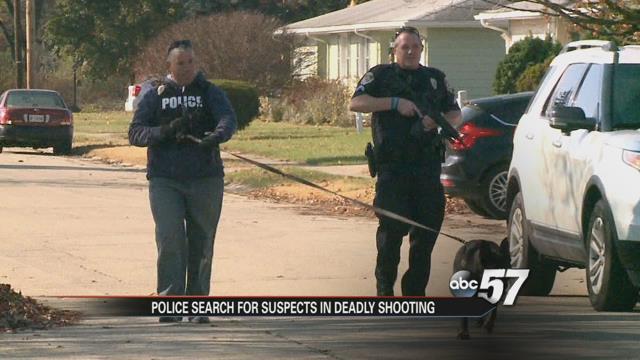 ABC57 News was first on the scene alongside our reporting partner, The Elkhart Truth, where a shooting left one man dead in his home on Sunrise Drive.

Police said 74-year-old Rahman Saleh was shot and killed in his home.

Saleh is the former owner of Saleh Market in Elkhart, according to the Elkhart Truth, where two people were shot and killed in 2013.

Police don’t yet know the motive of Sunday’s shooting but neighbors told ABC57 a lot of crime is happening in this area.

“I didn’t even hear anything,” neighbor Andres Gudino said. “No gunshots or anything like that.”

“Officers got here and they found a deceased subject inside the residence,” Elkhart Police Sgt. Chris Snyder said.

Saleh was pronounced dead on the scene and police are currently on the hunt for suspects.

“There were two subjects that were seen running through this area,” Snyder said. “We don’t know if they were involved in this or not.”

Police spent the afternoon searching the surrounding neighborhood with weapons drawn – going door to door and asking for tips.

Marcelo Leal lives across the street from 12 Sunrise Dr. and said he spent ample time with his neighbors.

“I feel really, really bad,” Leal said. “Like four months ago, somebody broke my house and stealed [sic] all my stuff.”

Leal wasn’t the only neighbor to describe experiencing a break-in.

Andres Gudino lives around the corner and said his home was broken into last year.

Gudino said he found out at least two more of his neighbors have had their homes broken into as well.

Because of the rise in crime, Gudino said he installed an alarm system in his home and is considering purchasing more protection, like security cameras and pepper spray.

Neighbors said Saleh and his wife spent much of their time sitting outside their garage and interacting with their community.

“They were pretty nice,” Gudino said. “They were always outside greeting everybody. I mean, they didn’t have no problems with nobody whatsoever.”