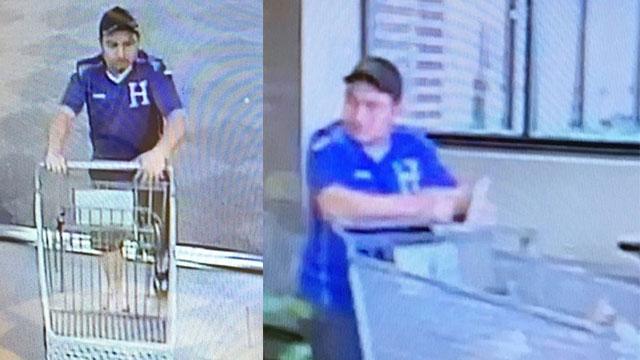 The Elkhart Police Department is still seeking help from the public identifying a man pictured in surveillance photos.

Police released photos of two people they were trying to identify, a man and a woman, as people who may have information about a burglary at the Neighborhood Convenience Store on Oakland Avenue during the overnight hours of March 26 and March 27.

The female has been identified and has spoken with police. She is not a suspect and police say they are appreciative of her cooperation.

The male subject was spotted on surveillance video on April 19 at 6:54 p.m. at the Kroger on W. Hively Avenue. He has not been identified.