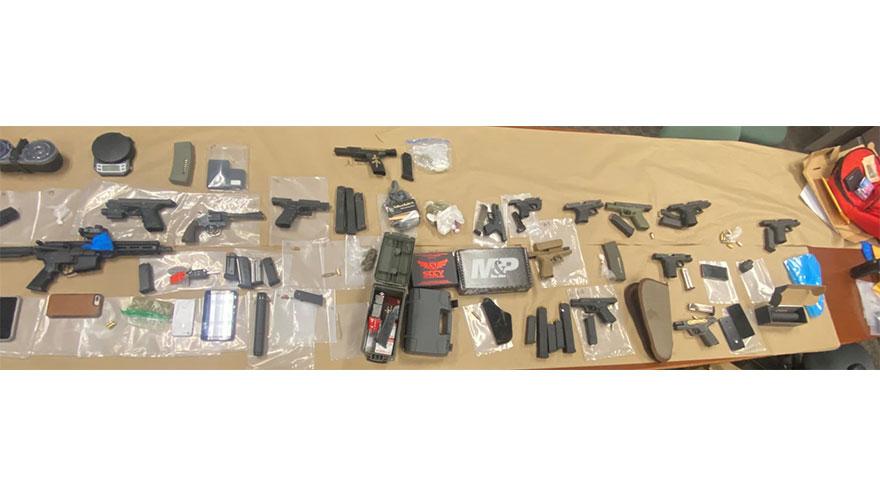 Multiple police agencies located an out of state homicide suspect and further investigation led to the seizure of 15 firearms, ammunition and drugs, according to South Bend Police.

The suspect was taken into custody along with another person who had an active warrant.

The South Bend Police Strategic Focus Unit continued the investigation and recovered 15 firearms, ammunition, magazines, cash and a large amount of a variety of drugs.