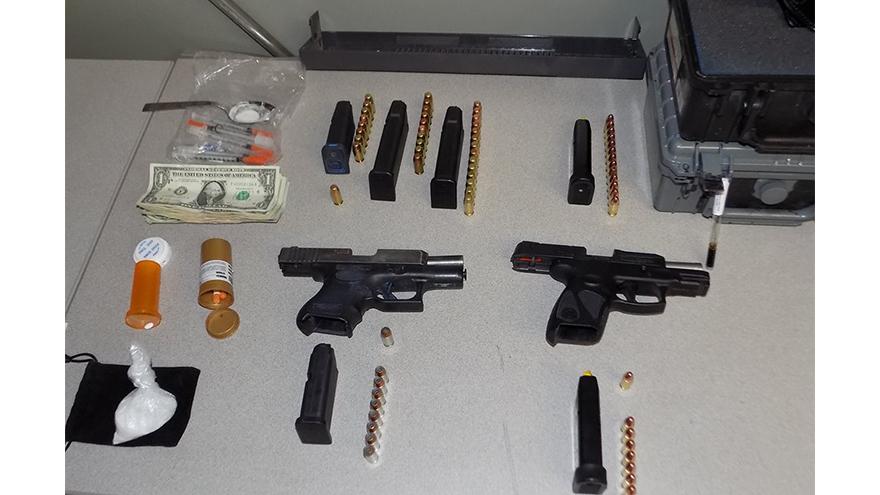 An officer conducted a traffic stop on the vehicle for a minor violation.

Inside the vehicle, they located a 28-year-old woman with a valid felony warrant. She was taken into custody.

The man was identified as a 30-year-old Three Rivers resident.

Suspecting there were drugs in the vehicle, K9 Django conducted a free air sniff and alerted to a drug odor, police said.

During a search of the car, police found two loaded handguns, prescription pills, needles and over an ounce of crystal meth.

The two occupants were taken to the St. Joseph county Jail on preliminary charges of narcotics distribution and weapons offenses.