Police stop minivan with tower of luggage on roof 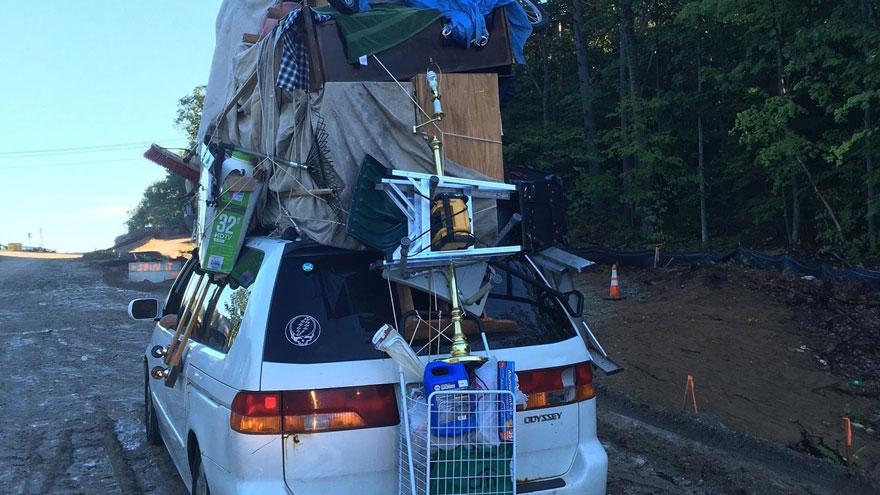 (CNN) -- It's not just in cartoons. A New Hampshire driver's car was towed for driving around with an overwhelming amount of stuff on top of, and hanging from, his van.

The driver was traveling northbound on Interstate 93 near Londonderry, New Hampshire, when state police stopped him.

New Hampshire State Police said the 57-year-old driver was charged with misdemeanor negligent driving for the mountain of stuff on the roof.

He was also charged with misdemeanor non-inspection.

State police contacted RGA Towing to take the vehicle away; the crew was able to use a ramp truck despite the van being so over-the-top-heavy.

The company said the driver regained possession of the van on Thursday afternoon. The driver is said to have returned with a trailer, taking the pile of stuff off the roof before driving away.