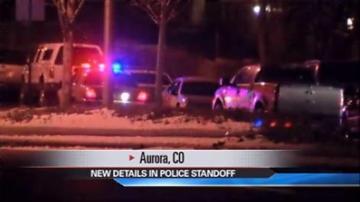 AURORA, Colo. — Four people were killed including the gunman during a standoff on Saturday in Colorado.

Police in Aurora, Colo. said that a SWAT team shot and killed the gunman.

Officials from the police department said that when officers evacuated the neighborhood, the gunman began shooting at police.

After several hours, officers could not manage to talk the gunman into surrendering.