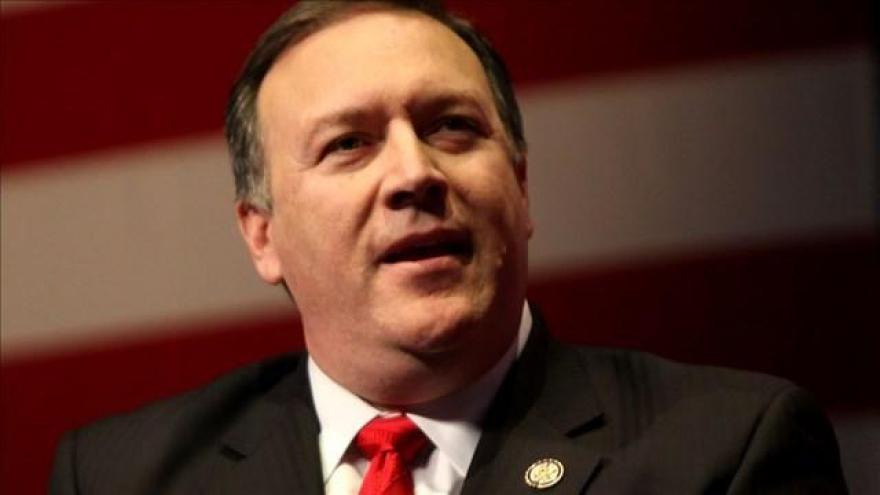 The vote was 66-32 in favor of confirmation, with Pompeo picking up some Democratic backing. The only Republican in opposition was Sen. Rand Paul.

The vote was held open longer than normal in an effort to let Senators delayed by the storm in the Northeast reach Washington, but it was gaveled closed before Sens. Chris Murphy and Richard Blumenthal could arrive.

Vice President Mike Pence is expected to swear in Pompeo, a Kansas congressman, tonight at the White House after the vote is final.

"I just want to remind our colleagues that our country continues to face incredible threats, and they are not hitting the pause button," Senate Majority Whip John Cornyn, a Texas Republican, said in a statement issued before he voted in support of Pompeo. "The President needs his national security Cabinet, and particularly his CIA Director at his side, a Cabinet position integral to keeping our country safe."

Pompeo's view on electronic surveillance and torture drew the ire of some Democrats.

But Sen. Bernie Sanders, a Democratic Socialist from Vermont, cited Pompeo's support for the broad collection of metadata in his vote against the CIA nominee.

"What we are talking about is the United States government having in many ways more information about us than we may even understand about our own life," Sanders said. "In many ways, it sounds to me like we are moving toward an Orwellian society."

Sen. Ron Wyden, a Oregon Democrat, has been the most vocal opponent of Pompeo's nomination and had called for more time to debate the congressman's positions.

In a deal reached among Senate leaders, Senate Majority Leader Mitch McConnell announced Friday night that the Senate would allow six hours for debate on Pompeo's nomination before a vote on confirmation.

Pompeo drew criticism last week when he told Congress that he would consider bringing back waterboarding and other enhanced interrogation measures under certain circumstances.

In a series of written responses on Wednesday to questions from members of the Senate Intelligence Committee, Pompeo said that while current permitted interrogation techniques are limited to those in the Army Field Manual, he was open to making changes to that policy.

During his Senate confirmation hearing on Thursday, however, he had dismissed the idea that he would approve of torture as CIA chief.

Pompeo also addressed Russia, China and the Middle East at the hearing, defending the agency's findings about alleged Moscow hacking during the election even as Trump had suggested that the Intelligence Community's determinations of Russian meddling were overblown.

Pompeo told the Senate that he embraced findings spelled out in a comprehensive report of the Intelligence Community on the Russian breaches compiled earlier this month.

"With respect to this report in particular, it's pretty clear about what took place here, about Russian involvement in efforts to hack information and to have an impact on American democracy," he said in response to questioning. "This was an aggressive action taken by senior leadership inside of Russia."

In his opening remarks, Pompeo listed Russia as well as China as "sophisticated adversaries" in the cyber realm, saying "hackers are all taking advantage of this new borderless environment" and "the CIA must continue to be at the forefront of this issue."

Along with Russia, Pompeo said other global threats include Iran's growing influence in the Middle East, ISIS's grip over major urban areas and the conflict in Syria.

"This is the most complicated threat environment the United States has seen in recent memory," he said.