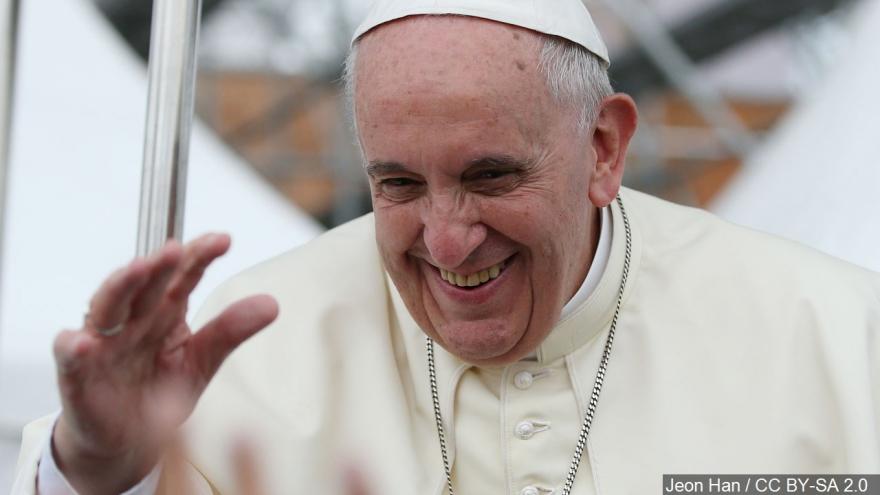 ABOARD THE PAPAL PLANE (AP) — Pope Francis has for the first time publicly acknowledged the scandal of priests and bishops sexually abusing nuns and says he is committed to doing more to fight the problem.

Speaking to reporters Tuesday, Francis noted that Pope Benedict XVI had taken action against a France-based order after some of its religious sisters had been reduced to "sexual slavery" at the hands of the priest who founded the order and other priests.

"Should we do something more? Yes. Is there the will? Yes. But it's a path that we have already begun," Francis said while returning home from the United Arab Emirates.

"It's not that everyone does this, but there have been priests and bishops who have," Francis added. "And I think that it's continuing because it's not like once you realize it that it stops. It continues. And for some time we've been working on it."

The issue has come to the fore amid the Catholic Church's overall reckoning with the sexual abuse of minors and the #MeToo-inspired acknowledgement that adults can be victims of abuse whenever there is an imbalance of power in a relationship. In the past year, The Associated Press and other media have reported on cases of abused nuns in India, Africa, Europe and South America — evidence that the problem is by no means limited to a certain geographic area.

In November, the organization representing all the world's female Catholic religious orders, the International Union of Superiors General, publicly denounced the "culture of silence and secrecy" that prevented nuns from speaking out and urged sisters to report abuse to their superiors and police. And just last week, the women's magazine of the Vatican newspaper L'Osservatore Romano identified the clerical culture of the all-powerful clergy as the culprit. The magazine, "Women Church World," noted that the scandal involves a corollary: nuns being forced to abort the priests' children.

Francis said some clergy had been suspended for mistreating sisters. But he also noted that the mistreatment of women is a problem in society at large, where women are still considered "second-class citizens."

"It's a cultural problem. I dare say that humanity hasn't matured," he said, adding that in some parts of the world the mistreatment gets to the point of feminicide.

Francis credited Benedict, pope from 2005-2013, with having had the courage to tackle the problem, saying the popular impression that he was somehow weak was completely wrong.

He said Benedict took action against the French congregation "because a certain slavery of women had crept in, slavery to the point of sexual slavery on the part of clergy or the founder," he said.

"Sometimes the founder takes away, or empties the freedom of the sisters. It can come to this," Francis said.

Asked if any universal norms might be in the works to tackle the problem — as has been done to handle cases of clergy sexual abuse of minors — Francis implied that the priestly abuse of nuns was still being dealt with on a case-by-case basis.

"There are cases, usually in new congregations and in some regions more than others," he said. "We're working on it."

"Pray that this goes forward," he said of the Vatican efforts to fight it. "I want it to go forward."