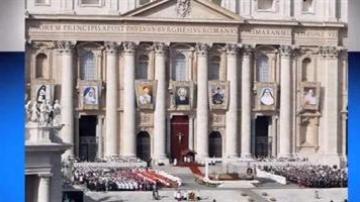 Pope Benedict the 16th added seven more saints Sunday and two of them were Americans.

Nearly 80,000 pilgrims made their way to Saint Peter's Square for the announcement Sunday.