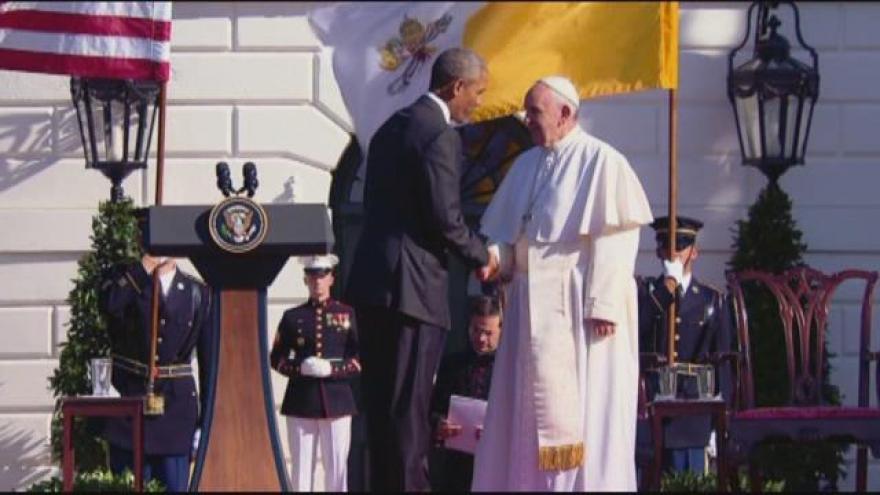 Pope Francis addressed thousands of people while at the White House Wednesday morning. He called for action on climate change.

"Mr. President, I find it encouraging that you are proposing an initiative for reducing air pollution. Accepting the urgency, it seems clear to me also that climate change is a problem which can no longer be left to a future generation," Pope Francis said.

In anticipation of the Pope's visit and his continued push for action, the University of Notre Dame announced Monday it will stop burning coal by 2020 and reduce its overall carbon footprint.