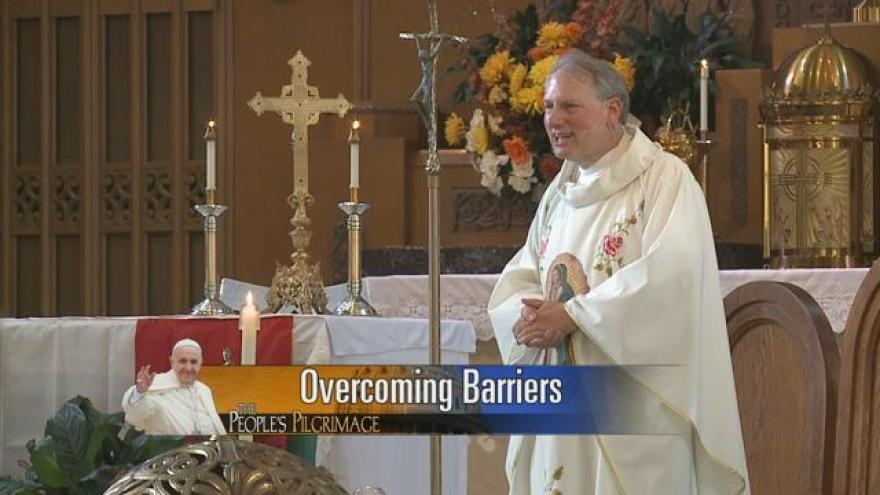 A local church in South Bend has welcomed those with a diverse cultural heritage - and that open minded attitude helped grow the number of parishioners.

Father Kevin Bauman started at Our Lady of Hungary back in 2011.

"We started between 15 and 20 people," said Father Bauman.

According to data from the Center for Applied Research in the Apostolate, over the past 10 years Catholic parishes have declined by 10 percent across the Midwest - down 8 percent in Indiana - and a drastic decline of 25 percent in Michigan

"The church at that time was just beginning to welcome the Hispanic community to the church the community itself had formed rather organically seeking a house of worship," said Father Bauman.

Because Father Bauman is bilingual, those barriers were easily overcome.

"One of the things we have to do in the church is cross cultural borders and linguist borders to do so we need to have that language ability," said Father Bauman.

On a Tuesday night during one of three Spanish speaking masses offered you see close to 100 people. But a Sunday mass - you'd be lucky to find a seat.

"The Misa del Pueblo - which is the bigger mass we can pull in usually about 400-500 people," said Father Bauman.

The Misa del Pueblo translates to mass of the town or community.

In the past, when the neighborhood was mostly Hungarian immigrants, they helped support the church.

Now with a new wave of immigrants, Father Bauman says history is repeating itself.