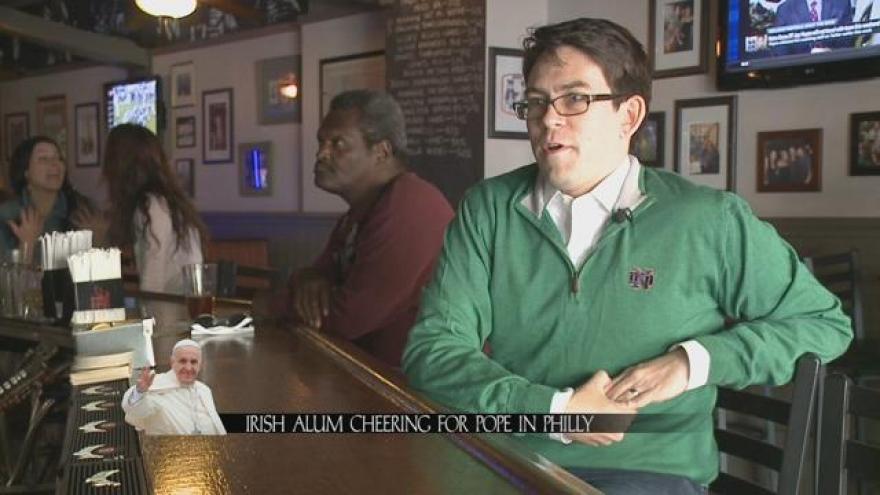 Notre Dame alums watch the games at Mac's Tavern, but Saturday they'll have to share the bar with people in town to see the Pope.

“We are doing a ton of events to try to emulate the experience on campus as much as possible," said Steven Meehan, President of the Notre Dame Philadelphia Alumni Club. “It’s a great way to keep a connection with the university do some service to a place that has done a great service for me.”

Meehan says as great as his Catholic education was with the leader of the Catholic Church visiting his city will be an experience that can’t be replicated in a classroom.

"The experience of coming and seeing millions of people in one place, hearing and seeing the pope speak live about whatever he is going to speak about is just an education that is not replaceable," said Meehan.

Pope Francis will be speaking at Independence Hall at the same time the Fighting Irish will be playing UMass.

Meehan says for those who weren’t lucky enough to get tickets to see the Pope they will be just a few blocks away at Mac’s Tavern cheering on the Irish.

“The crowd may be made up of partly Notre Dame fans and partly papal visitors so we may have to share the screens," said Meehan.

Meehan says they can fill the bar with over 100 Notre Dame fans and the owner is also an alum.