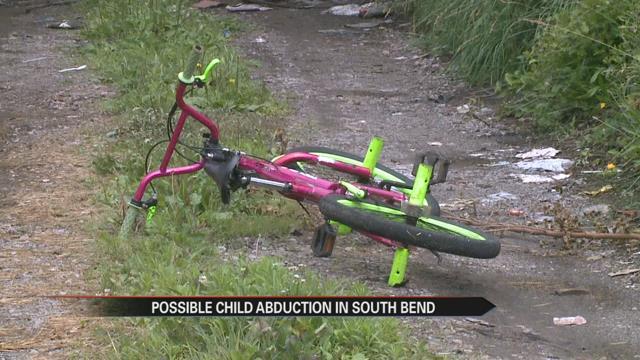 Neighbors, parents and witnesses say they think they know who the 7-year-old girl is.

But again, police have no confirmation of this.

They tell us the girl is an elementary student at Coquillard and was grabbing lunch as part of the district's summer lunch program Thursday afternoon.

Leeann Reed, neighbor, told us "nobody around here can explain who this child is but every kid around here knows what this little girl looks like."

At around 1:10 this afternoon a 7-year-old girl was apparently taken by a man in the area of Kennedy Park.

A group of children say they saw a man with a gray beard grab the girl near the alley at Meade and Prast.

But in the hours since the initial 9-1-1 call this neighborhood has began to swell with speculation.

At about 7:30 this evening the South Bend police told us quote, "there is nothing new nor have we received a missing child call from anywhere in the city as of yet."

Earlier in the day police knocked on doors and spoke with neighbors in the area about what they saw.

They also checked the homes of nearby sex offenders and found nothing there.