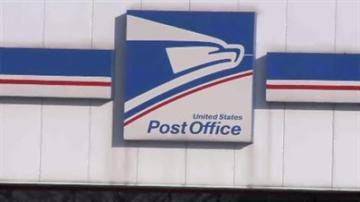 SOUTH BEND, Ind. -- The US Postal Service announced it will stop delivering most mail on Saturdays as of August 1st. A lot of people didn’t seem to mind, but some say dismissing it as no big deal is short sighted.

When asked what they thought of the Postal Service's plans to stop letter delivery on Saturdays, most people were okay with it.

"I don't particularly care that much about not getting mail on Saturdays,” said Jason Lehman.

"I guess I'm okay with it. The mail through the week is pretty consistent, and that type of thing,” said Joann Huys.

"I get a lot of my bills via email and I pay online,” said Laura Vaughn.

According to Tony Flora, the President of the North Central Indiana AFL-CIO, that argument doesn't hold water.

"Those who are well off, who have easy access to the internet, they can get their bills online, they can make payments on line; many people can't,” said Flora.

Valeria Huston is against the change.

"For me it's been a reliable, inexpensive way to get things done,” said Huston.

Studies show that 7 out of 10 Americans are okay with reducing Postal Service to five days a week.

Flora warns that may not be in the country's best interest.

"What the public has to recognize is the Postal Service is a vast network, and when you start degrading part of it, it can start collapsing on itself,” said Flora.

Flora, who is a letter carrier, says the plan to stop delivering mail on Saturdays does not address the real reason for the Postal Service’s deficits.

He says Congress is to blame by making the Postal Service set aside funds for health insurance for people who may be hired in the year 2050.