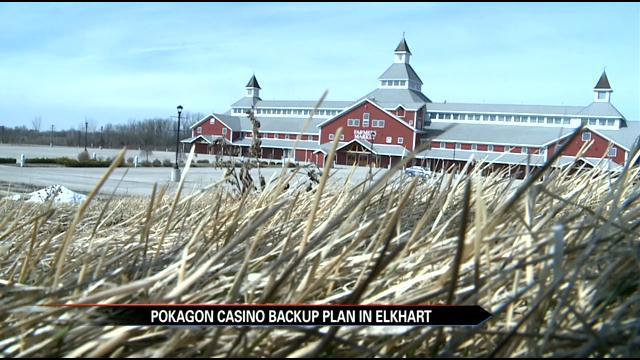 If it doesn't work out, the Pokagon Band of Indians has a back-up location and it's in Elkhart County.

“We have a more shovel-ready site I guess you can say,” said Mike Yoder, County Commissioner.

The land at almost 200 acres could bring major traffic to Elkhart.

With already installed sewer systems and other utility outlets nearby, the county believes it's the perfect host for Potawatomi's next venture.

“The roads were built and the sewer and water was located so that we could eventually grow that area with whatever land the market would determine," said Yoder.

But this area could remain vacant.

The Indian developer group has their eyes set on a South Bend spot.

And if picked, it would leave the county's land abandoned like its neighbor.

“First out there was the Farmers Market," said Yoder. "The building is there but it's empty now.”

A grounds keeper for the property says much like the fate of the failed Farmers Market, it's likely that land will be just another example of what could've been.

The former Farmers Market was built with the hopes of bringing more agribusiness.

Now owned by Himco, a waste management company, all plans to bring a farming metropolis to that area are gone.

“There are no particular plans right now," said Yoder. "We're waiting for the market to actually just come and ask for some rezoning and building permits.”

Yoder also thinks south bend is a likely choice because it's closer to a big city, but doesn't rule out Elkhart chances.

While Yoder personally wouldn't want to see a casino rise in these fields, the opportunity to bring that business to the county would revitalize an area that is now an afterthought.