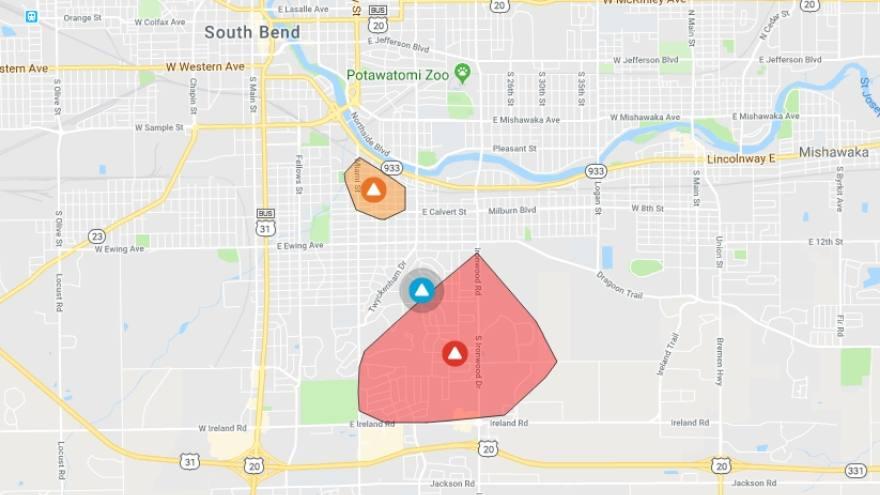 According to I&M’s power outage map, an outage from Ironwood and E. Ewing to and E. Ireland and Miami began just before 4 a.m. affected over 1,600 customers. The outage was caused by a tree coming into contact with a power line, I&M said. Crews are on site working to restore power.

A smaller outage affecting just over 400 customers from Miami and Prinz to E. Calvert and S. Vernon was caused by a tree coming into contact with multiple power lines. Restoration is expected before 1 p.m.

Over 2,300 customers in Elkhart County were affected by two outages that began just after 8 a.m. on Monday, according to the outage map.

Power was restored to all Elkhart customers before 12 p.m.

According to I&M, the outage in Elkhart was caused by a truck pulling down wires.