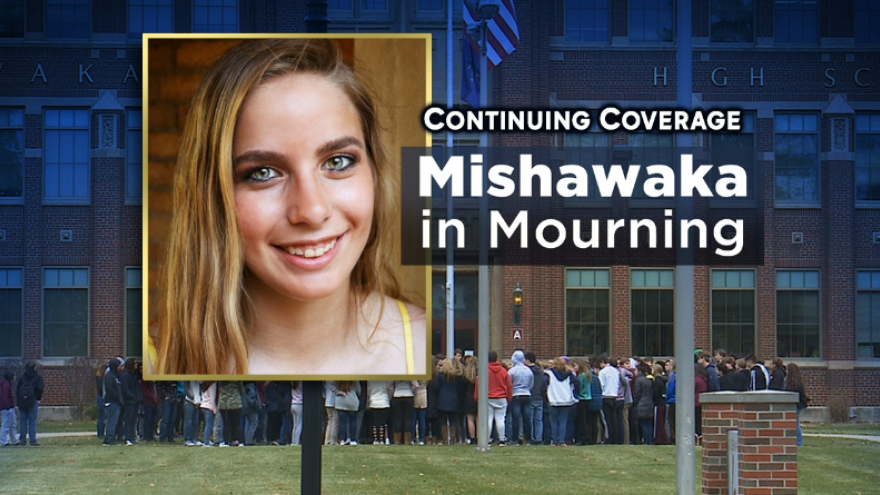 MISHAWAKA, Ind. --- The parents of a pregnant Mishawaka teen stabbed to death on December 9 joined a ministry group for a prayer vigil on Thursday night.

Breana Rouhselang’s mother, father and step mother prayed alongside the On-Site Prayer Ministry group in front of Ward Baker Park on Byrkit Street in Mishawaka.  School City of Mishawaka officials said at a vigil last week, the park was one of Rouhselang’s favorite places.

The group usually goes around the area praying for victims and their families. They said Rouhselang’s case was especially tragic because she was so young and also pregnant at the time of her death.

Mishawaka Police officers found Rouhselang, 17, stabbed to death in a dumpster on December 9.

“I guess you can’t understand it,” said Brown. “All we can do is trust people get through it, and that it doesn’t hurt this bad forever.”

Michael Elliot, another On-Site Prayer Ministry organizer, said Rouhselang has touches the entire community in one fashion or another. The teen and her unborn baby were laid to rest on Monday surrounded by friends and family.

“None of us know the family of either Breana or the perpetrator,” said Elliot. “But I mean we’re here to show support for all of them.”

Brown said she’s experienced loss before and spoke briefly with Rouhselang’s mom. She said her mom can’t imagine getting through the holidays without her daughter.

“I just think they were all so emotionally overwhelmed that they weren’t able to put words to where they are right now,” Brown said.

Rouhselang’s alleged killer and father of her unborn child Aaron Trejo, 16, will be in court again on January 28.