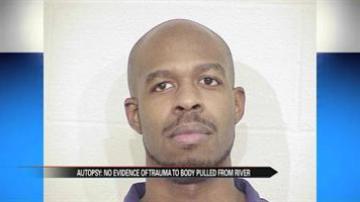 BERRIEN COUNTY, Mich. -- The autopsy was conducted on the body found in the St. Joseph River on Saturday. There were no signs of trauma or injuries on Dewayne Flowers' body, according to the Benton Harbor's Department of Public Safety.

Flowers' mother says the whole thing is a mystery to her.

"I had no emotions at that time. I had to see the body to make sure it was real," said Charlene Flowers, Dewayne Flowers' mother.

Flowers' body was discovered by divers in the St. Joseph River near Fisherman's Park.

Later she identified the body as her son.

"It's just like I wasn't there. I was hearing this but I was standing outside myself," said Charlene.

Charlene says she thinks her son was murdered and then his body was dumped in the river.

"He did things that were wrong but nothing to deserve this," said Charlene.

The autopsy didn't reveal signs of injuries or trauma. The autopsy report is not complete.

"I believe he was dead before he hit the water," said Charlene.

Charlene says her son was happy and had aspirations of going back to school and owning his own business one day.

Investigators are still trying to piece together how he died.

"That's the question that I have. I need to know. Someone out there knows what happened and I hope they come forward," said Charlene.

Dewayne's father and his uncle were shocked when they heard the news.

"When I talked to him he was in good spirits and everything," said Dwight Wilder, Dewayne's father.

"I'll be extremely shocked if it's foul play and I'll be very disappointed if he took his own life," said Columbus Wilder Jr, Dewayne's uncle.