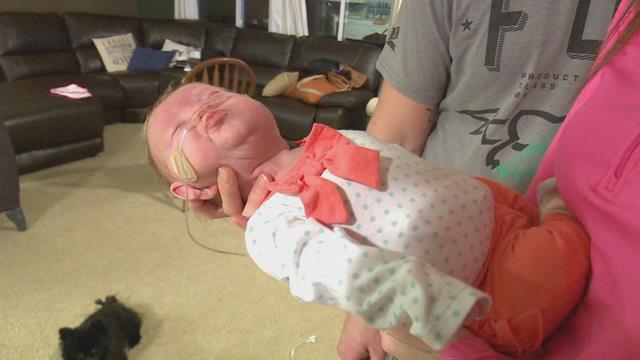 A premature baby is home in time for the holidays thanks to the St. Joseph Regional Medical Center’s NICU team.

“It’s amazing. We didn’t know. We really had no idea when she was going to get to come home, so we really were hoping and praying,” said Lenae and Chase Cassel.

“We pray a lot,” said Nurse Manager of the NICU, Lisa Nichols.

Those prayers gave Carsyn Cassel’s parents the best Christmas gift they could have hoped for.

“Just we are blessed with how well she has done,” said Lenae.

“She was already this precious gift, and then worrying that she was going to come that early was even scarier,” said Carsyn’s mother.

It was especially scary, because this situation seemed eerily similar.

“We had another daughter. She was born at 20 weeks about five and a half years ago, so that kind of made it even more scary, because we lost her. So with her, we were really, really worried, you know,” said Chase.

That daughter, Jailyn, had the same exact due date.

“But the NICU team was always there for us, for everything,” said Lenae.

The scariest time of their lives turned into the happiest.

“Yeah, we kept saying her little sister and God were watching over her the whole time,” said Lenae.

They were watching over her and giving the Cassels their Christmas miracle.

Coincidentally, Wednesday is the 7th anniversary—to the day—that the center changed locations to its current one in Mishawaka.

In January, they’re opening a NICU follow-up center, so parents won’t have to take their babies to Indianapolis anymore for check-up appointments.