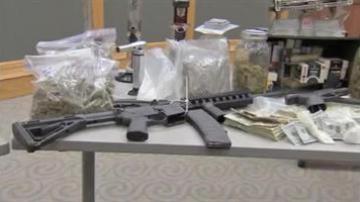 HAVERFORD, Pa. -- Police near Philadelphia arrested 10 people for what they say was a major drug dealing operation at one of the most prestigious prep schools in the country.

Ten people were arrested for their role in an alleged drug operation that reached out to five high schools and three area colleges.

Four of the ten arrested are graduates from the "Haverford School."

A lawyer for one of the men arrested says he lost his way after an injury ended his lacrosse career.

The police say this is an ongoing investigation with the possibility of more arrests.