President Obama running against an inmate 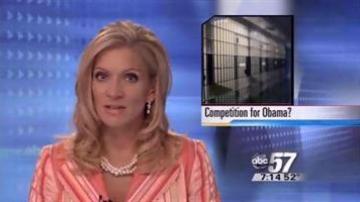 President Obama wasn't the only Democrat on the Ballot in West Virginia's Democratic Party.

A prisoner in a Federal Correction Institution, in Texas, was his opponent.

Judd received 40 percent of Tuesday's vote, according to the Associated Press.

Now, a North Carolina newspaper said that Judd only needed 15 percent of the vote to have at least one delegate represent him at The Democratic National Convention, this summer.

It looks like Judd will indeed get the representation.