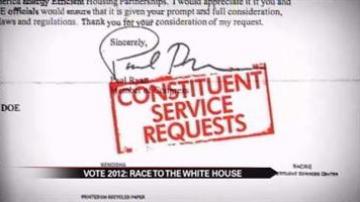 With less than three months away till the November election, things continue to get heated on the campaign trail.

The congressman opposed the stimulus, but his office sent letters requesting stimulus cash to create jobs.

"I never asked for stimulus money," Ryan said. "I don't recall so I really can't comment on it. I opposed the stimulus because it doesn't work. It didn't work."

Ryan did ask for stimulus money. In a statement, the requests for were just "constituent services" and he had not changed his views on its effectiveness.