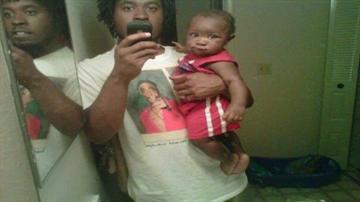 SOUTH BEND, Ind. - Detectives at Metro Homicide told ABC 57 News that they have no current solid leads in a double murder investigation but will hold a press conference Monday morning.

Kalyn Farmer, 21 was brought by a female friend to Memorial Hospital Sunday morning with a gun shot wound to the chest.

Farmer was unresponsive and unable to tell officers who shot him or where the shooting happened.

The female, who never gave her id to medical personnel took off before police arrived.

Detectives were called in and went to Napier and McPherson on a lead looking for any sign of the shooting. While looking for evidence they noticed a suspicious vehicle, inside was the body of Mercede Newbill, 22.

Newbill was shot at least once in the upper body.

Those close to Farmer told ABC 57 News exclusively that he was a good person who worked hard. We were told that he has a girlfriend and a young son that is just about 1-year-old.

We will have a reporter at the press conference Monday morning. Stay with ABC 57 News for instant updates.