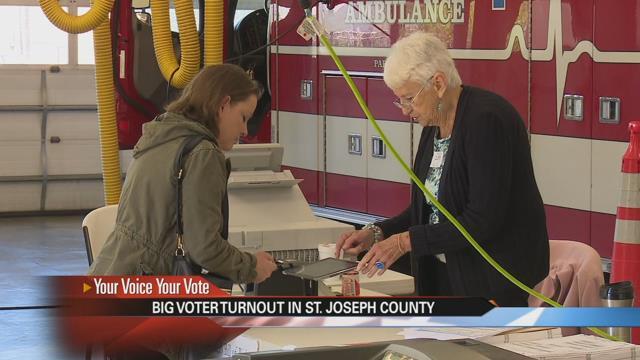 After losing the Indiana Republican Primary to Donald Trump, Ted Cruz announced Tuesday night he was suspending his campaign for president.

Cruz needed to win in Indiana to increase his chances of having a contested Republican convention.

Now the RNC says Trump is the presumptive nominee. CNN projected a Trump win in Indiana just a few minutes after the polls closed.

In Elkhart County, more than 45,000 people cast their vote Tuesday, during early voting or by absentee ballot. That's the highest number since 2008 when 44,833 people voted. Elkhart County uses vote centers instead of precincts.

Republican Todd Young defeated Marlin Stutzman for the nomination in the US Senate race.

The New Prairie Schools bond increase passed with 58% of the vote.