Prince mourned one year after his death 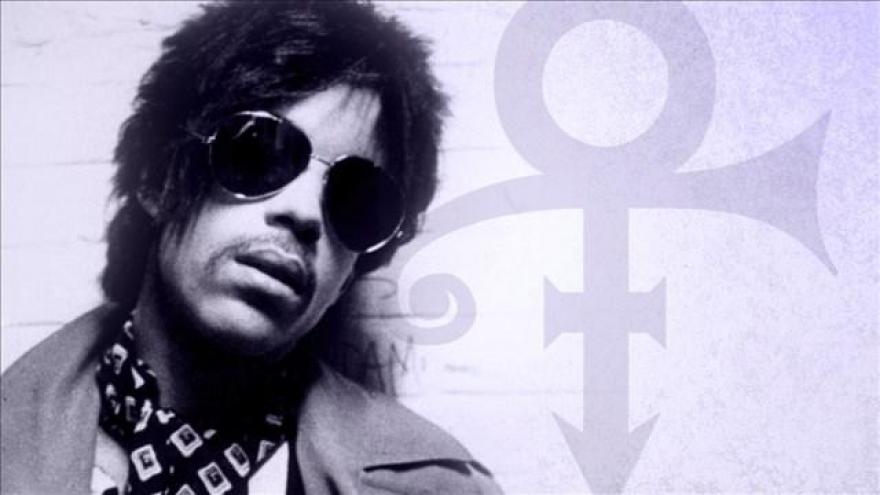 (CNN) -- Linda Haynes-Williams will be in both physical and emotional pain on Friday, as she marks the one-year anniversary of the death of Prince.

"I'm getting my first tattoo in honor of him and I'm scared to death," she said. "It looks like a dove holding his symbol, flying away and the dove has a teardrop coming out of its eye."

With tattoos, purple-hued tributes, concerts and dance parties, Prince fans around the world are commemorating the superstar musician, who died at age 57 of a drug overdose on April 21, 2016.

As investigators continue to sort out the circumstances surrounding Prince's death, many of his supporters have yet to accept he's gone.

Haynes-Williams said her grief over Prince hasn't abated. She fell in love with his music as a young girl, watching the singer perform on "American Bandstand."

"I've loved him since day one and ain't nothing changed," the 45-year-old self-described superfan said. "Everybody and their mama knows how I feel about him. When he passed away, I got so many calls and texts. If you had looked on my [Facebook] page, you would have thought Prince was my family member."

Elusive in life and death

An outpouring of public grief for a major celebrity is not unusual. But, for many, the loss of Prince feels different because Prince was different.

Seemingly ageless and untainted by scandal, women adored Prince. Men recognized him as a dude who could steal a woman's attention -- all while he wore heels and makeup -- because Prince was just that cool.

And as elusive as he was in life -- grudgingly joining social media and rarely granting interviews -- Prince's death has been equally shrouded in mystery.

The disconnect between Prince's reputation for healthy living and his surprising early death exacerbated the sense of loss among some of his fans.

Atlanta Journal-Constitution reporter Ernie Suggs said his mourning has been "a lingering, festering hurt for a long time."

Days before Prince died, Suggs wrote about attending what would be the star's last concert. He's now writing a book about the experience.

Suggs decribed that final show as intimate and revelatory. The audience in Atlanta's Fox Theater enjoyed hours of acoustic versions of Prince's massive catalog, as only he could perform them.

"I think Prince expressed a freedom that we all want in some way," Suggs said. "He had an independence and expression of doing what he wanted to do, being who he wanted to be. I think that resonated with a lot of people. It certainly resonated with me."

Drawn to his mastery

Rain is a moderator at Prince.org, one of the longest running online Prince fan sites. He credits the longevity of Prince's appeal to his talent.

"I think what has drawn people to him is his mastery of so many things," said Rain, whose You Tube channel, The Violet Reality, is also popular among Prince fans. "He didn't just play an instrument, he played tons of instruments, produced his own stuff, wrote his own music and wrote and produced for other people."

"Every aspect of his artistry, he was just a master of," Rain added. "That level of perfection is very rarely seen."

When Prince was honored by BET in 2010, Mshaka was tasked with writing his official bio.

Prince signed off on every word.

"He didn't need one [a biography]," Mshaka said laughing. "He was Prince!"

As a music industry veteran and the author of "Put Your Dreams First: Handle Your [entertainment] Business," Mshaka has worked with scores of artists.

But, for her, none compare to Prince.

"While he talked a lot about mortality and death and being at peace with it, it always seemed more for us, as the audience, than for him," she said. "The fact that he is no longer here is palpable to me. Like, Prince is not here, there was a seismic shift in the universe and that's why everything is in a downward spiral right now."

The 31-year-old Baton Rouge resident is a lifelong Prince fan, as well as a DJ when he's not working as a proofreader.

"It's all about finding someone who can help you connect the pieces of your world," Scrubbs told CNN. "No matter what mood I am in or what I am going through that day, there's a Prince song for it."

She was in middle school in San Antonio, Texas around 1980 when she first heard "I Wanna be Your Lover."

Prince's music became the soundtrack of her life, she said, to the point her 10-year-old son can recognize a Prince song on the radio after just a few beats.

"There was always a Prince song there for me, no matter what I am going through," said Segovia-Thorn, choking up as she talked about the singer. "When you grow up following someone the way I did, listening to their music, you feel like you know them even though you don't. It's almost like a family member has passed away."