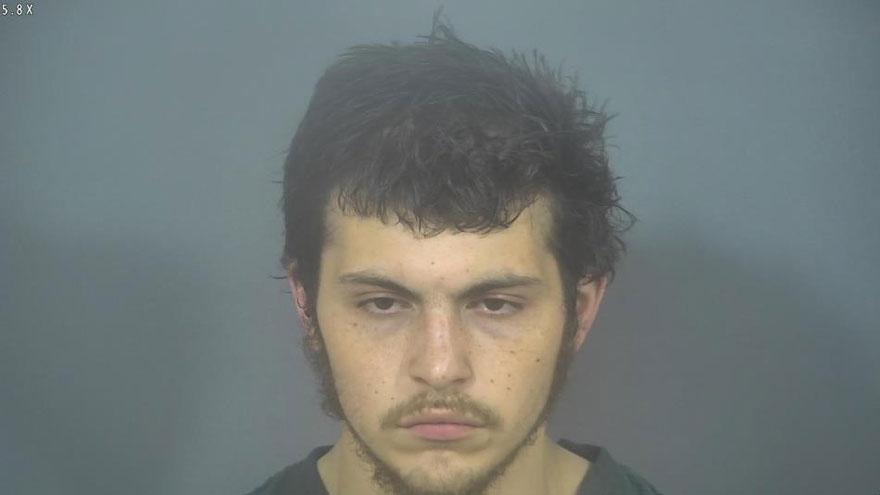 ST. JOSEPH COUNTY, Ind. -- A man is facing trespassing and burglary charges after allegedly breaking into a home on Grove Street in Mishawaka, according to court records.

On April 25, Mishawaka Police were dispatched to a home on Grove Street for a burglary in progress. Police had been notified in October 2021 that no one was supposed to be at the residence, even the son of the owner.

When police arrived, they met with a private investigator who was working for the homeowner. He was standing in front of Jonathan Secord, who was sitting on the ground, reports said.

An attorney arrived on scene and spoke with police.

The attorney said neighbors called the homeowner to let her know someone was in the house. The private investigator went to the home to check on it.

When the private investigator arrived, he saw the back door open and heard someone moving around inside, reports said.

He told the person to come out and Secord exited with a latex glove on his right hand, according to the probable cause affidavit.

Inside the home, there was trash on floor, overturned furniture and clutter. The attorney said the home had been cleaned and was not left in that condition. The front door had a No Trespassing sign.

At the police department, Secord initially said he had been asked by the homeowner’s son, who was in jail, to get his belongings from the house.

When he was told jail conversations are recorded, Secord said he didn’t receive the call, an acquaintance of his received a call from an inmate who was possibly the homeowner’s son, reports said.

Secord said there were items of value the person wanted retrieved from the home and would pay him, according to the probable cause affidavit.

Secord was charged with burglary, criminal trespass and false informing.