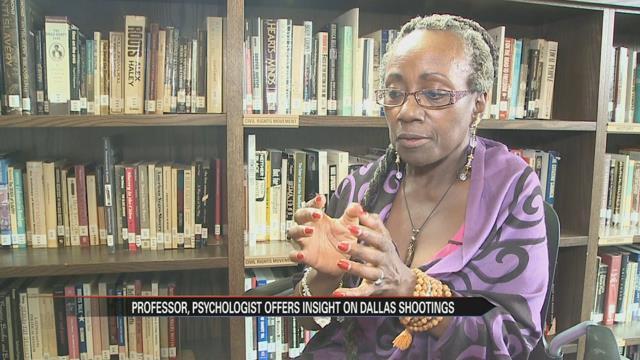 On Thursday, ABC 57 spoke with an IUSB professor and psychologist, Dr. Dé Bryant, who offered her insight on this complicated situation.

She says last night’s attack in Dallas that left 5 officers dead was tragic but not surprising.

Thursday night’s massacre of five Dallas officers sent shockwaves throughout much of the nation.

Bryant, director of the Social Action Project at IUSB says it was perhaps, inevitable.

“It’s tragic that we’ve gotten to the point where we are right now in the last 72 hours but it’s not necessarily surprising because of all the clear signs we’ve seen developing,” said Bryant.

(Correct name for the barbershop is CutrageOus)