LaGrange Co., Ind.-- As kids head home from school Wednesday, you may notice some visitors along some Lakeland bus routes. The school corporation has partnered with local law enforcement to keep kids safe.

When a bus stop arm is down, it is illegal to drive around it. Officers are focusing on stop arm focused enforcement which raises awareness for school bus stop arm violations.

Wednesday afternoon, officers will follow Lakeland buses on routes where there have been previous violations. It's these buses which are equipped with cameras that have caught cars rolling past stop arms, but officers will be ready to catch violators with penalties ranging from a class A infraction to license suspensions, depending on the severity of the infraction.

Stop arm violations are dangerous because they can have deadly consequences.

In a national survey by the National Association of State Directors of Pupil Transportation Services, more than 130,000 bus drivers reported vehicles passing their buses illegally on a single day. This amounts to more than 17 million violations among American motorists throughout a 180-day school year.

Confused about when to stop?

In the state of Indiana, when you’re approaching a school bus from behind, always stop when the arm is extended. Cars approaching from the front must also stop unless the vehicle is on the other side of a divided highway but still proceed with caution! 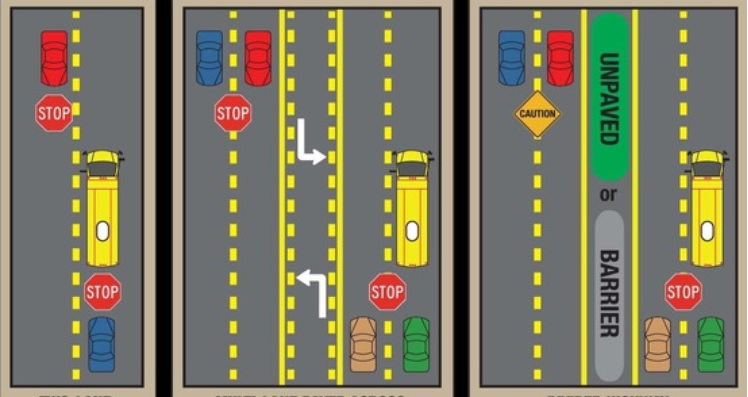 When you see a stop arm extended, don’t just slow down: Stop!