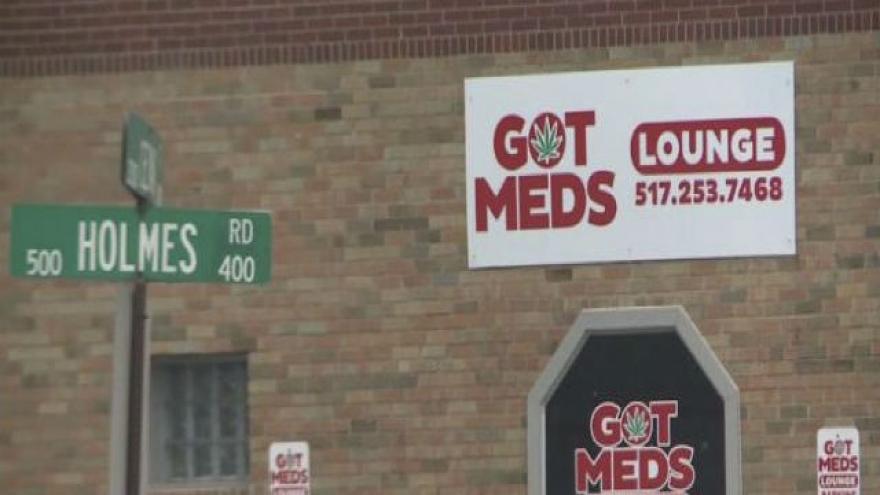 A proposal to shut down every marijuana dispensary in the state of Michigan is tabled for now. Photo courtesy WSYM

Lansing, MI (WSYM) -- A proposal to shut down every marijuana dispensary in the state of Michigan is tabled for now.

But the proposal sent panicked patients to a marijuana licensing board meeting Monday afternoon. The state board which oversees medical marijuana proposed a resolution at the meeting that would shut down all dispensaries by September 5th.

Board Member Donald Bailey made the proposal. The retired Michigan State Police sergeant says dispensaries are in violation of the state medical marijuana act. According to Mlive, Bailey proposed that if dispensaries did not close by Sept. 15, they would not be eligible for licenses under the new dispensary licensing system. On December 15, the board will begin accepting applications for dispensaries to get licenses. The issue on the table is what to do with current dispensaries that are open now.

Patients who attended the meeting demanded to know what they were supposed to do for two months if the dispensaries are shut down. Some said they would be forced to turn to the black market for marijuana. Before Bailey's proposal at the meeting Monday, no changes were expected to happen to dispensaries until December. A state law passed last year requires a new licensing system to be implemented.

After plenty of discussion, the state board decided to table the proposal for now and instead seek feedback from other state agencies.

The board's next scheduled meeting is in October, but is expected to meet again before September 15 to discuss and likely vote on the proposal to shut down all dispensaries.

Jason Moon, a spokesperson for the Department of Licensing and Regulatory Affairs, which houses the Bureau of Medical Marijuana Regulation, said there would be a review if such a proposal did pass Mlive reports.